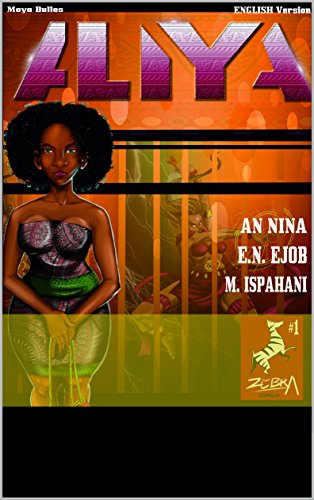 $7.69
Aliya is the story of a young lady in corporate Africa. A young translator with a mysterious past, haunted by forces unseen. "Knowledge is life fire, people get it from others."
Add to wishlist
Add to cart
Quick View 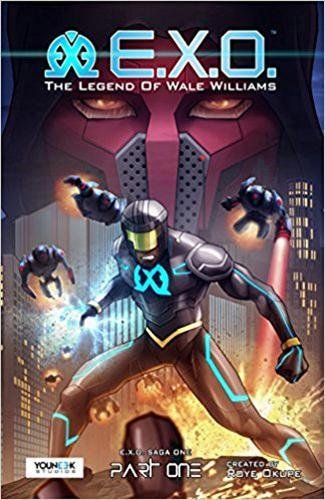 E.X.O. The Legend of Wale Williams 1

$35.38
Featured on CNN, FORBES, BBC and more, E.X.O. The Legend of Wale Williams Part 1 is a science fiction superhero story about redemption, set in a futuristic, 2025 Africa! The 136 page graphic novel follows the journey of Wale Williams, an impetuous young adult who inherits a suit with super powers after his father goes missing. Tricked into returning home to Lagoon City, Nigeria following a five year absence, Wale embarks on a journey to investigate his father s mysterious disappearance. As he comes to understand the suit s powers, Wale realizes he must restore hope to his city by preventing catastrophic attacks from the sociopathic, Oniku, leader of an extremist group called The CREED.
Add to wishlist
Add to cart
Quick View 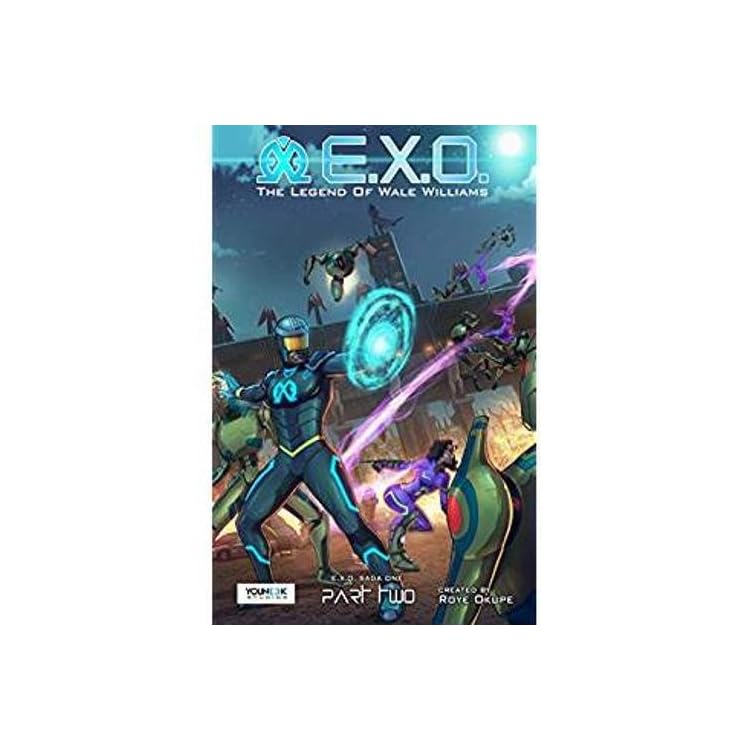 E.X.O. The Legend of Wale Williams 2

$49.54
Featured on CNN, The Guardian, NBC & more, E.X.O. The Legend of Wale Williams Part 2 is a science-fiction, superhero story about redemption, set in a futuristic 2025 Africa. Part 2 continues to chronicle the journey of Wale Williams a.k.a EXO, who was last seen hanging on for dear life after his first encounter with the incredibly powerful and sinister Oniku, leader of the extremist group, The CREED. After his shocking revelation, Oniku now has all he needs to launch a crippling attack at the heart of Lagoon City, an attack that would be felt across the entire nation of Nigeria. Can Wale finally become the hero he has always avoided but was always meant to be in time to stop the inevitable? And what role does the wild card Fury play in Lagoon City s uprising? Only time will tell.
Add to wishlist
Add to cart
Quick View 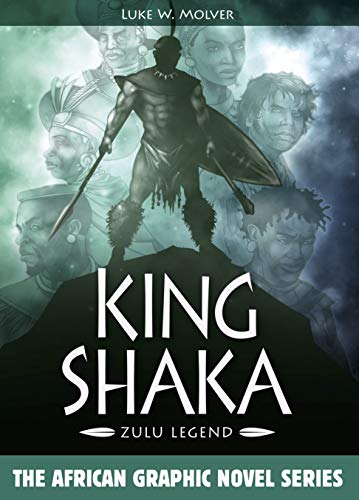 $23.25
Shaka has fought his brother to the death for rulership of the Zulu. Now king of the southern chiefdoms, Shaka seeks to uplift his people, consolidate alliances, and expand the reach of his power. But challenges both external and internal threaten his rule. A rogue military unit exacts revenge on its enemies. Land-hungry Europeans arrive and ingratiate themselves with Shaka, even while plotting their own path to power. And closer to home, Shaka's own brothers conspire in secret.
Add to wishlist
Add to cart
Quick View 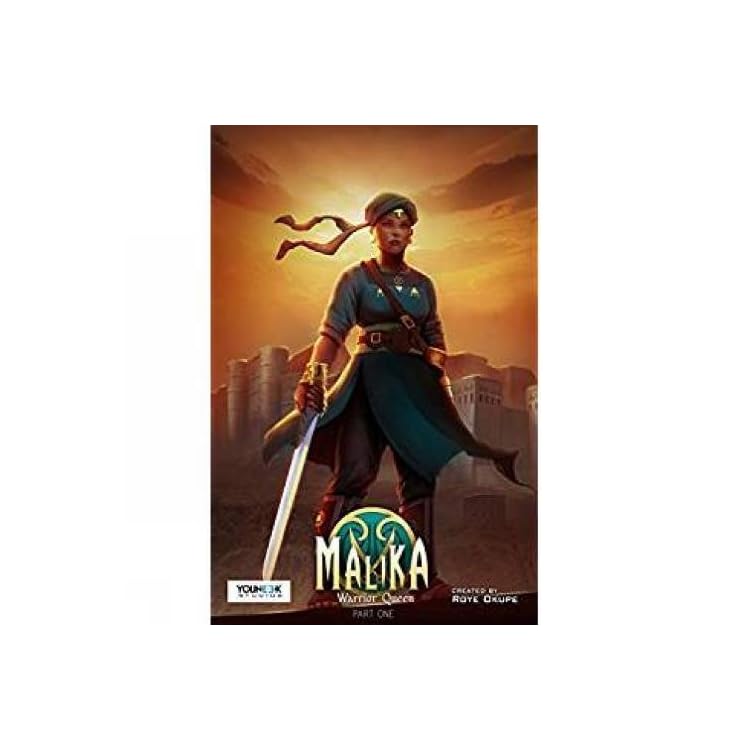 $28.30
Set in fifteenth-century West Africa, Malika: Warrior Queen Part One follows the exploits of queen and military commander Malika, who struggles to keep the peace in her ever-expanding empire. Growing up as a prodigy, Malika inherited the crown from her father in the most unusual of circumstances, splitting the kingdom of Azzaz in half. After years of civil war, Malika was able to unite all of Azzaz, expanding it into one of the largest empires in all of West Africa. But expansion would not come without its costs. Enemies begin to rise within her council, and Azzaz grabbed the attention of one of the most feared superpowers the world has ever known: the Ming Dynasty. As Malika fights to win the clandestine war within the walls of her empire, she must now turn her attentions to an indomitable and treacherous foe with plans to vanquish her entire people.
Add to wishlist
Add to cart
Quick View 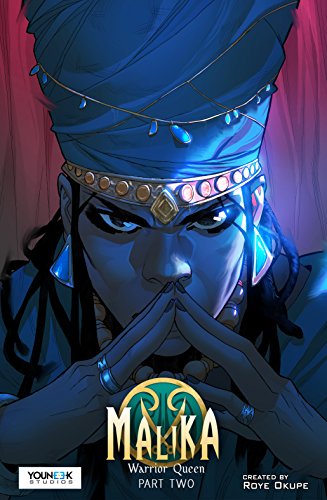 $22.01
Set in fifteenth-century West Africa, Malika (Pronounced "Ma-LIE-kah"): Warrior Queen follows the exploits of queen and military commander Malika, who struggles to keep the peace in her ever-expanding empire. In part two of the hit graphic novel series, Malika uncovers a painful betrayal by one of the people closest to her. The treachery unnerves a usually stoic and composed Malika, allowing her enemies, both known and unknown, internal as well as external, to encircle her, positioning themselves for the destruction of Azzaz, the empire she spent her entire adult life building. Can Malika recompose herself and save her people once again? Or is this betrayal the beginning of the end for Malika and the people of Azzaz? Only time will tell.
Add to wishlist
Add to cart
Quick View 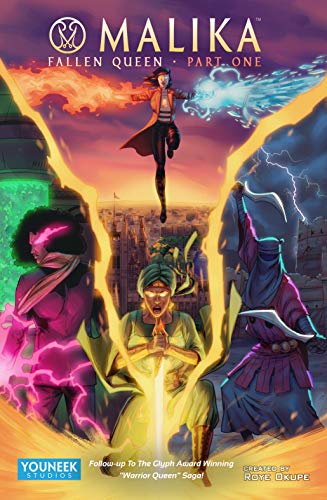 $75.98
Malika, warrior queen and military commander of the 15th-century Azzazian Empire, has been flung into the year 2025, a dangerous future shes struggling to understand. After years of moving in the shadows, shes forced out of hiding by a sinister plot that spans the centuries.
Add to wishlist
Add to cart
Quick View 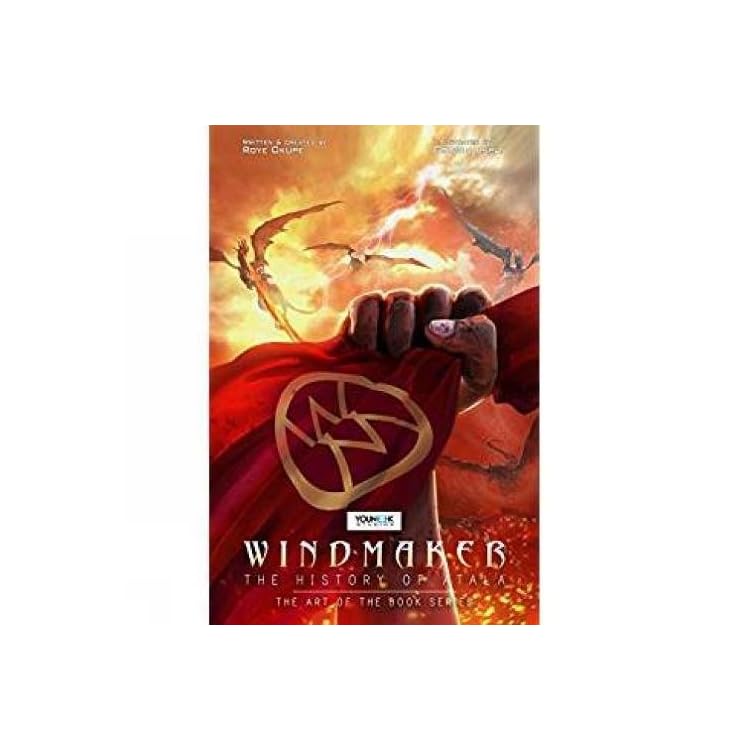 Windmaker: The History of Atala

$215.16
Inspired by African mythology, Windmaker: The History of Atala (Hardcover) is one part art book, one part prequel story to both the Malika: Warrior Queen & WindMaker: Return of a King graphic Novels. Pulling from the amazing depths of African history, Roye Okupe, writer of the hit graphic novel series E.X.O., creates a breathtaking kingdom called Atala. With this art book, he sets the foundations for what is definitely a deep and meaningful universe (The YouNeek YouNiverse) of heroes. Illustrator Godwin Akpans painting breathes life into the story in an amazing way. From dragons, to mythical relics, a feuding royal family and magical swords, this book turns the fantasy genre on its head by placing familiar concepts in an awe inspiring African setting.
Add to wishlist
Add to cart
Quick View
close