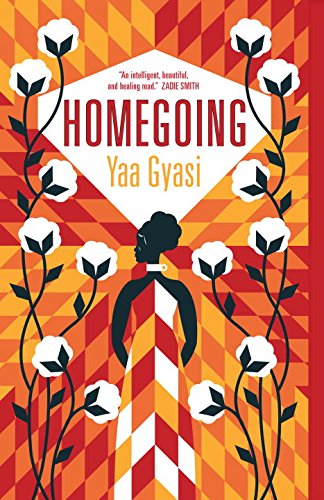 $16.22
"Homegoing is an inspiration." —Ta-Nehisi Coates An unforgettable New York Times bestseller of exceptional scope and sweeping vision that traces the descendants of two sisters across three hundred years in Ghana and America.A riveting kaleidoscopic debut novel and the beginning of a major career: Yaa Gyasi's Homegoing is a novel about race, history, ancestry, love and time, charting the course of two sisters torn apart in 18th century Africa through to the present day.     Two half sisters, Effia and Esi, unknown to each other, are born into two different tribal villages in 18th century Ghana. Effia will be married off to an English colonist, and will live in comfort in the sprawling, palatial rooms of Cape Coast Castle, raising "half-caste" children who will be sent abroad to be educated in England before returning to the Gold Coast to serve as administrators of the Empire. Her sister, Esi, will be imprisoned beneath Effia in the Castle's women's dungeon, before being shipped off on a boat bound for America, where she will be sold into slavery.     Stretching from the tribal wars of Ghana to slavery and Civil War in America, from the coal mines in the north to the Great Migration to the streets of 20th century Harlem, Yaa Gyasi has written a modern masterpiece, a novel that moves through histories and geographies and—with outstanding economy and force—captures the intricacies of the troubled yet hopeful human spirit.
Add to wishlist
Add to cart
Quick View 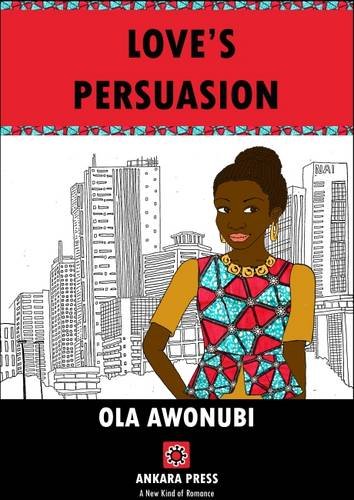 $10.00
Things are changing for the staff of Lagos firm City Finance, and not necessarily for the best. But for Ada Okafor, a bright, dedicated and beautiful trainee accountant, the only change worth noticing is the dashing, British-trained new assistant MD, Tony Okoli.Ambitious and determined, Ada ignores her feelings for Tony and focuses on juggling her work in accounts with completing her degree in business and finance. But their love of books draws them closer together and they embark on a secret but passionate affair.They soon discover that the course of love does not run smooth and a host of obstacles, from Tony's disapproving family to jealous colleagues, litter their path. Their passion for each other is truly tested as they fight to persuade themselves and the world that love, in the end, trumps social status.
Add to wishlist
Add to cart
Quick View 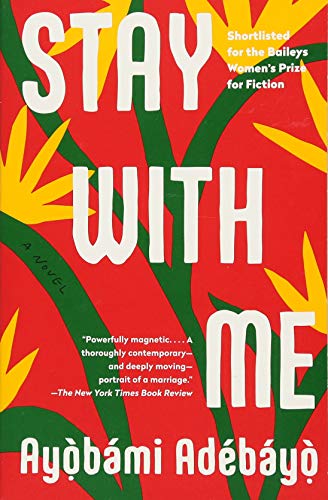 Stay with Me: A novel

$21.94
A New York Times Notable BookShortlisted for the 2017 Baileys Women’s Prize for Fiction One of the Best Books of the Year: NPR, The Wall Street Journal, The Economist, Chicago Tribune, BuzzFeed, Entertainment Weekly, The New York Post, Southern Living, The SkimmShortlisted for the Wellcome Book Prize and the 9mobile Prize for LiteratureLonglisted for the International Dylan Thomas PrizeA 2017 BEA Buzz Panel Selection A Belletrist Book-of-the-Month A Sarah Jessica Parker Book Club SelectionIlesa, Nigeria. Ever since they first met and fell in love at university, Yejide and Akin have agreed: polygamy is not for them. But four years into their marriage—after consulting fertility doctors and healers, and trying strange teas and unlikely cures—Yejide is still not pregnant. She assumes she still has time—until her in-laws arrive on her doorstep with a young woman they introduce as Akin’s second wife. Furious, shocked, and livid with jealousy, Yejide knows the only way to save her marriage is to get pregnant. Which, finally, she does—but at a cost far greater than she could have dared to imagine. The unforgettable story of a marriage as seen through the eyes of both husband and wife, Stay With Me asks how much we can sacrifice for the sake of family.
Add to wishlist
Add to cart
Quick View 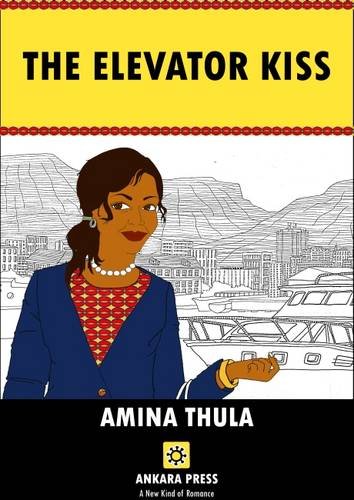 $15.38
It's Christmas Day and Sindi has been invited to her friend's stunning new apartment for dinner. She finds herself in the elevator with a handsome man in a blue cotton suit. Their impromptu kiss under the mistletoe ignites unanticipated desire. Edward - urbane, successful and effortlessly charming - is determined to win Sindi over. But Sindi, a spirited, independent woman, is focused on rebuilding her life after a disastrous break-up. Edward is the last thing she needs. Or so she thinks.When Edward turns up at her office, Sindi has no choice but to work for him on a big and important project. And it's not long before they are sharing much more than a kiss beneath the mistletoe...A steamy romance set in the beautiful city of Cape Town, The Elevator Kiss is a tale of love between an ambitious young woman and her irresistible man.
Add to wishlist
Add to cart
Quick View 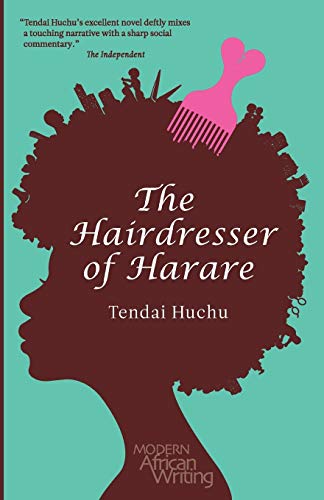 The Hairdresser of Harare: A Novel

$24.79
Selected for the Junior Library’s pilot program for adult/teen crossover booksIn this delicious and devastating first novel, which The Guardian named one of its ten best contemporary African books, Caine Prize finalist Tendai Huchu (The Maestro, the Magistrate, and the Mathematician) portrays the heart of contemporary Zimbabwean society with humor and grace.Vimbai is the best hairdresser in Mrs. Khumalo’s salon, and she is secure in her status until the handsome, smooth-talking Dumisani shows up one day for work. Despite her resistance, the two become friends, and eventually, Vimbai becomes Dumisani’s landlady. He is as charming as he is deft with the scissors, and Vimbai finds that he means more and more to her. Yet, by novel’s end, the pair’s deepening friendship—used or embraced by Dumisani and Vimbai with different futures in mind—collapses in unexpected brutality.The novel is an acute portrayal of a rapidly changing Zimbabwe. In addition to Vimbai and Dumisani’s personal development, the book shows us how social concerns shape the lives of everyday people.
Add to wishlist
Add to cart
Quick View 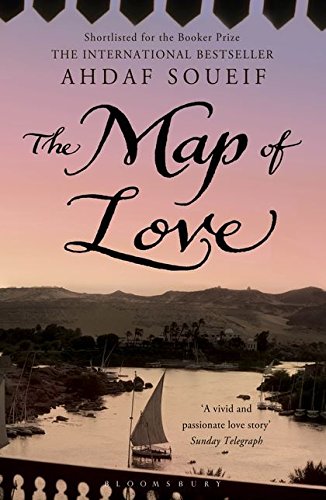 The Map of Love

$23.25
Booker Prize Finalist Here is an extraordinary cross-cultural love story that unfurls across Egypt, England, and the United States over the course of a century. Isabel Parkman, a divorced American journalist, has fallen in love with a gifted and difficult Egyptian-American conductor. Shadowing her romance is the courtship of her great-grandparents Anna and Sharif nearly one hundred years before. In 1900 the recently widows Anna Winterbourne left England for Egypt, an outpost of the Empire roiling with political sentiment. She soon found herself enraptured by the real Egypt and in love with Sharif Pasha al-Baroudi, an Egyptian nationalist. When Isabel, in an attempt to discover the truth behind her heritage, reenacts Anna’s excursion to Egypt, the story of her great-grandparents unravels before her, revealing startling parallels for her own life. Combining the romance and intricate narrative of a nineteenth-century novel with a very modern sense of culture and politics—both sexual and international—Ahdaf Soueif has created a thoroughly seductive and mesmerizing tale.
Add to wishlist
Add to cart
Quick View 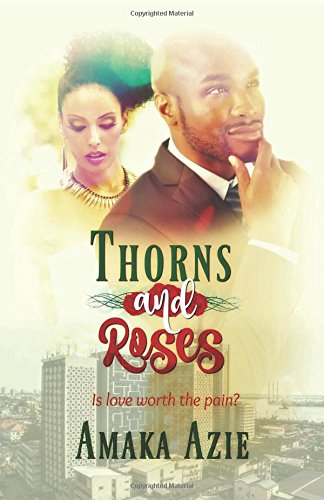 $17.01
Ifeoma and her sisters escaped an emotionally abusive father to start a new life in Lagos. She is determined to never let another man have control over her, even if that means never falling in love. That is until she meets Chuma, a wealthy and domineering man who is exactly the kind of man she is determined to stay away from but somehow can’t seem to keep away from. An unlikely relationship develops, taking them from joy to a devastating loss and finally to betrayal. Ifeoma must decide, but she is torn between her painful past and a chance at a future with Chuma… Chuma is a cutthroat obsessive financial mogul whose sole purpose in life is to make his family name great. And he is determined to let nothing distract him from achieving his goal. But when he meets Ifeoma, an elusive, hardworking chef, he finds himself irresistibly drawn to her. They embark on a turbulent journey of friendship and love, which is eventually shattered by tragedy. Chuma wants to heal the rift that has grown between them and will go to any lengths to do so. However, he encounters secrets from her past...
Add to wishlist
Add to cart
Quick View 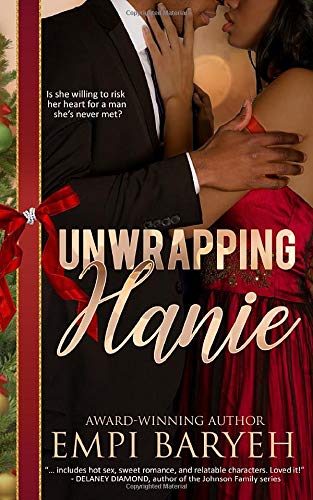 $9.56
Hanie Morrison has either completely lost her mind, or she’s finally taken charge of her love life when she starts a liaison with a man she meets online. Their friendship fast becomes more, and she’s having the best (cyber) sex of her life.When her internet lover decides to travel halfway across the world to see her, she must make a decision of her own—book a one-way ticket back to reality or risk her heart and find love one orgasm at a time.(Buyer beware! The heat starts on page one)
Add to wishlist
Add to cart
Quick View
close