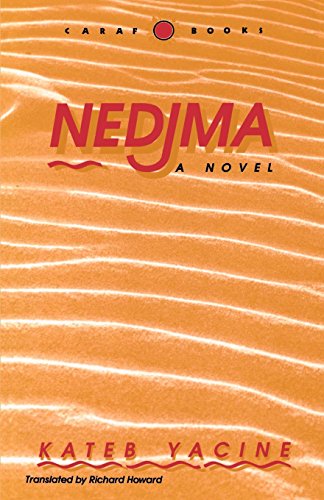 $32.50
Nedjma is a masterpiece of North African writing. Its intricate plot involves four men in love with the beautiful woman whose name serves as the title of the novel. Nedjma is the central figure of this disorienting novel, but more than the unfortunate wife of a man she does not love, more than the unwilling cause of rivalry among many suitors, Nedjma is the symbol of Algeria. Kateb has crafted a novel that is the saga of the founding ancestors of Algeria through the conquest of Numidia by the Romans, the expansion of the Ottoman Empire, and French colonial conquest. Nedjma is symbolic of the rich and sometimes bloody past of Algeria, of its passions, of its tenderness; it is the epic story of a human quest for freedom and happiness.
Add to wishlist
Add to cart
Quick View
close